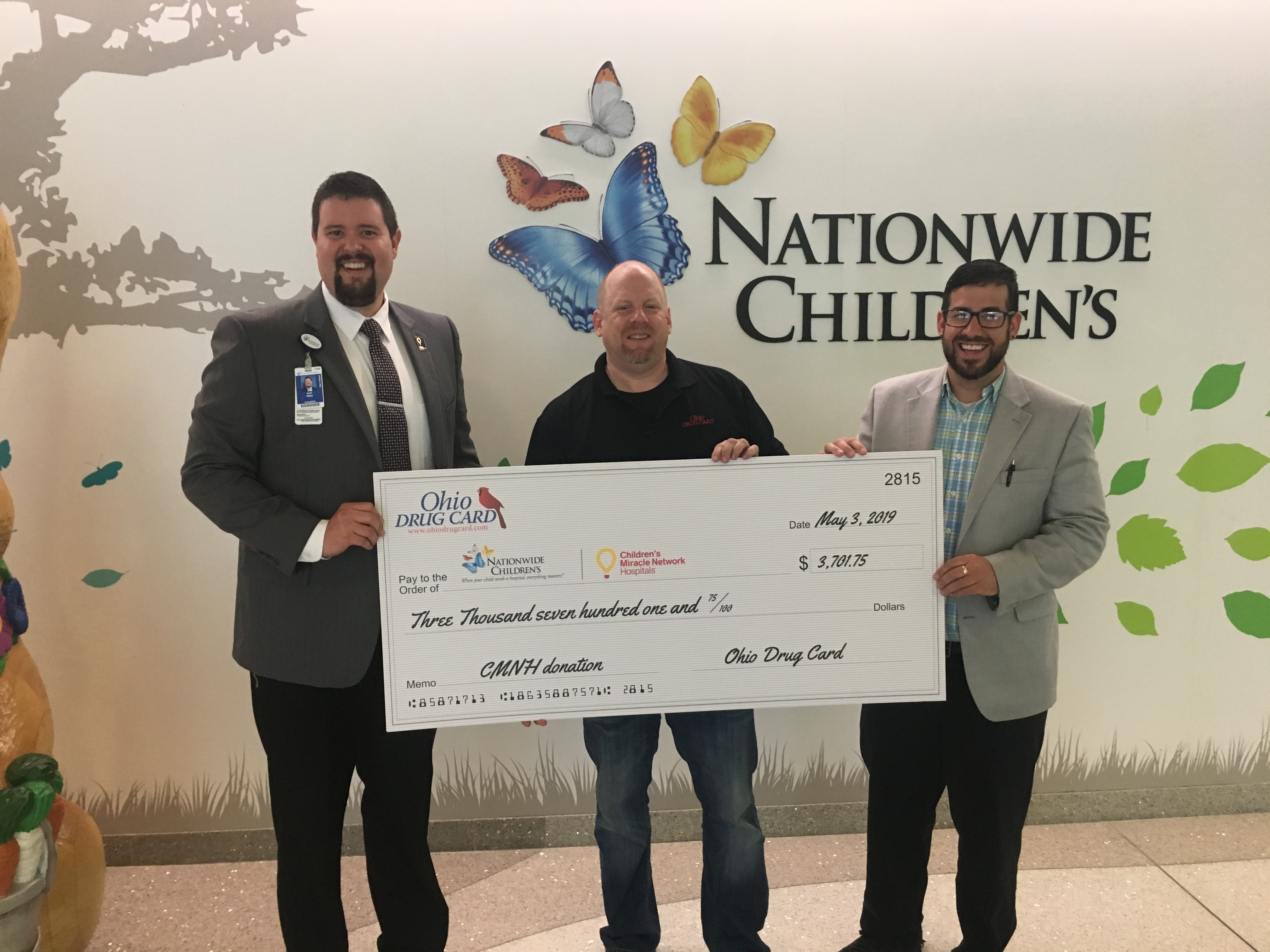 On Friday, May 3rd, Ohio Drug Card’s David Murphy and Robert Oehler presented a check for $3,701.75 Nationwide Children’s Hospital. Nationwide is a nationally recognized pediatric healthcare center that provides treatment and services to all children, regardless of their family’s financial situation. Last year, 1.5 million patient visitors from all 50 states and over 40 countries walked through the doors of Nationwide Children’s Hospital. Funds raised by CMN partners, like Ohio Drug Card and United Networks of America are critical to their success.  Scott Hilbert, Assistant Director of Community and Corporate Partnerships at Nationwide Children’s Hospital explained, “Each and every dollar raised has an impact on the future of one of our children at Nationwide Children’s Hospital, here in Columbus, Ohio. Whether it is in the form of genomic research, psychosocial programing, our Child Life program or simply giving a child a new toy when they having a tough day, the impact is monumental. No matter the amount, small or large, it is a gift that helps change a life, and that value can’t be measured.” Throughout the year, Ohio Drug Card donates to the local Children’s Miracle Network Hospitals each time this Rx savings program is used when picking up your prescriptions from the pharmacy. Visit www.OhioDrugCard.com to learn more about how this organization can help your family and our community.

Since 2015, the United Networks of America partnership with Children’s Miracle Network Hospitals has raised over $2.4 million dollars for local children’s hospitals. Of this, $3,701.75 has been raised for Nationwide Children’s Hospital.