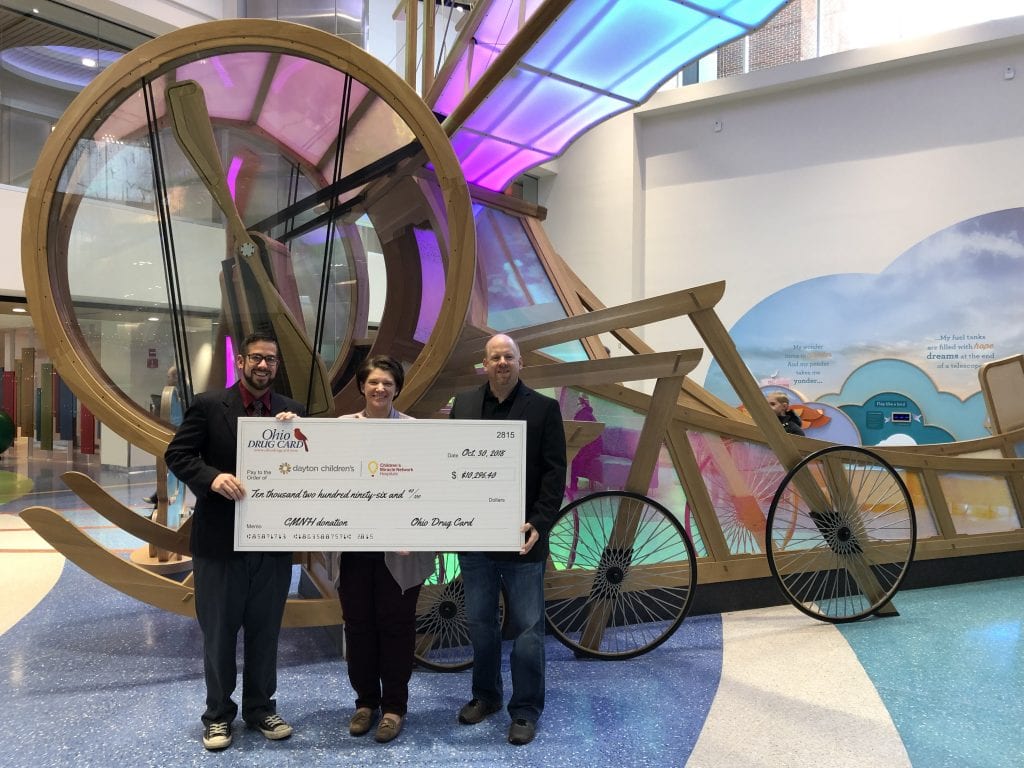 As a resident of Ohio, residents have access to a statewide Prescription Assistance Program (PAP). This pharmacy coupon card provides Rx medication savings of up to 75% at more than 68,000 pharmacies across the country including CVS/pharmacy, Walgreens, Kroger, Acme, Walmart, Rite Aid, and many more.

Today, Ohio Drug Card presented Dayton Children’s with a check for $10,296.40. Since 2015, United Networks of America and Children’s Miracle Network Hospitals have partnered across the U.S to raise more than $1 million for the 140 member hospitals in the United States, with local hospitals allocating funds how they are needed most. Making a donation with each processed transaction allows the UNA state card programs to be set apart by giving back to their local CMN Hospitals.

Thank you Ohio Drug Card and United Networks of America for the wonderful gift!

Since 2015, the United Networks of America partnership with Children’s Miracle Network Hospitals has raised over $2.4 million dollars for local children’s hospitals. Of this, $10,296.40 has been raised for Dayton Children’s Hospital.